You may purchase Harlem Smoke here.

I have been a fan of James Champagne’s work for some time now. His collections, Grimoire and Autopsy of an Eldritch City, sit prominently on my shelves. Champagne’s love of decadent literature, weird fiction, obscure music, esoterica and his guest appearances on Dennis Cooper’s blog meant I was destined to run head-first into his oeuvre. When I discovered that not only had he completed a Lovecraftian love letter to the city of Providence but it was also being published by the decadent press Snuggly Books, I pre-ordered the hardcover immediately. 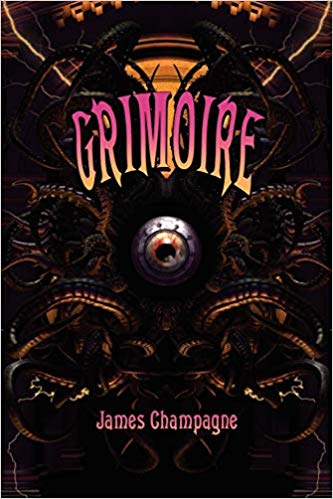 Harlem Smoke is an ambitious novel. Within its covers one will find eldritch horrors, magical rituals gone horribly awry, serial killers, horrorcore rap, you name it, it’s in there. Yet Champagne does not make any of this feel forced. The book flows smoothly rather than rushing from one jolt to another. It’s obvious Champagne feels comfortable with the genre conventions at play, whether they be the Lovecraftian elements of sanity-blasting vistas or the police procedural elements of modern crime fiction, and the time he’s spent contemplating how we interact with these genre expectations allows him the freedom to mutate and interweave these threads of his narrative in a skillful manner. 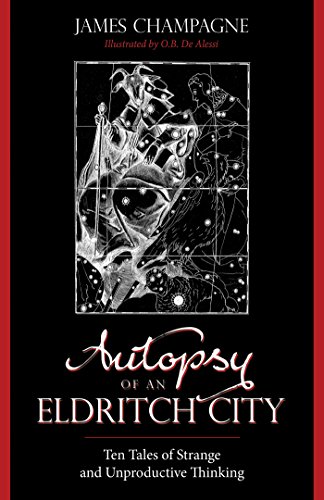 Harlem Smoke concerns Isaac Grimalkin,  the sole member of  experimental horrorcore act Dunwich Posse during the mid-nineties. Now in his late thirties Isaac has returned to the city he was raised, Providence, Rhode Island, where he pursues a successful career as a painter of surreal, hellish landscapes à la Zdzisław Beksiński. Isaac’s life has settled into a fairly normal routine, dealing with commissions, weekly visits to his therapist, etc. until someone begins murdering women in Providence. More unsettling still, the murderer of these women appears to be using the lyrics of Dunwich Posse’s sole album, “Harlem Smoke”, as their inspiration. Adding further turmoil to Isaac’s life, a music magazine wishes to interview him on that very same album’s gestation and creation, not only spawning further interest in chapters of his life he’d long considered closed but possibly throwing new emotional entanglements into Isaac’s hermetic lifestyle.

I thoroughly enjoyed Harlem Smoke from cover to cover. I would say if you have a niece, nephew or new romantic interest that you’d like to nudge towards our particular slice of darkness, Harlem Smoke is not only an engrossing read but also a manual of great art, literature, music and philosophy wrapped within entertaining covers. There are too many authors within weird fiction that use bands , artwork and movies as signifiers, having a character don a band’s t-shirt as a shortcut to illustrate that they, the author, are with it and for it. Champagne on the other hand shows how to use other’s works of art in an appropriate manner. His character’s have insightful and engaged discussions on the works in question, demonstrating that Champagne is not merely tossing in references as a half-hearted pandering to subcultures, vainly hoping to appear relevant.

Champagne is a self-aware author, playing with stylistic choices in his novel that most writers within the genre, still striving for the realism of Zola, have neither the knowledge nor the acumen to push back against. As J. G. Ballard wrote in his 1964 profile of William S. Burroughs:

To use the stylistic conventions of the traditional oral novel — the sequential narrative, characters “in the round”, consecutive events, balloons of dialogue attached to “he said” and “she said” — is to perpetuate a set of conventions ideally suited to a period of great adventures in the Conradian mode, or to an overformalised Jamesian society, but now valuable for little more than the bedtime story and the fable.

This does not mean that Harlem Smoke is a “cut up” novel, at least in its final appearance, rather that Champagne makes deliberate stylistic choices that fall outside of the 19th century realist camp. The most prominent of these choices will be the use of large amounts of information as to overwhelm the conscious mind in an attempt to slip a piece of knowledge into the reader’s subconscious. J.-K.Huysmans, Thomas Pynchon, Grant Morrison, De Sade, Kenneth Grant and of course H. P. Lovecraft have all utilized this same technique. Another is Champagne’s inclusion of explicit sex scenes. As Peter Vronsky writes in Serial Killers: The Methods and Madness of Monsters, “In the eighteenth century, pornography described sex explicitly, but freely. It was something to be indulged in sensually, like a good meal. In the nineteenth century, pornographic literature took its cue from the Marquis De Sade. It described sex as something forbidden – a taboo to be overcome only by voyeurism, illicit seduction, bondage, force and rape.” Note here that the sex Champagne portrays within Harlem Smoke fits as easily as any other element of the work as a whole. It does not feel forced nor thrown in merely for shock or titillation. Instead Champagne returns those scenes to their per-Victorian times, described frankly, honestly and bearing all the more impact for those very same reasons. 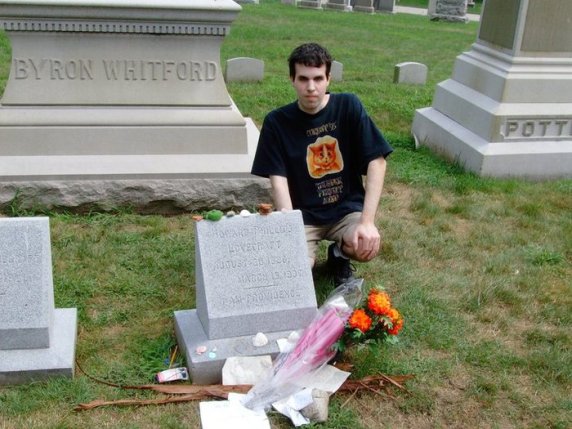 In the end, and most importantly, Harlem Smoke provided me with a cast of characters I genuinely cared about and perilous situations that gripped me with anxiety. I was honestly engaged in what happened to these fictitious creations. This is a rare occurrence within genre literature, let alone a novel that allows the luxurious reading pace of Harlem Smoke. There are strata to this novel that reward those that are willing to delve its depths.

You may purchase Harlem Smoke here.

Featured photograph by Pauliesworld. You may see more of their work here.

This review written by Acep Hale.