First let me thank you all for the response to the first article in this series, What Does “Cosmic Horror” Mean? Five Horror Writers Weigh In. I felt I would not be the only one interested in what writers thought of these terms. Even so the response outshone my expectations and for that I am grateful.

Next we tackle the term “quiet horror”. Too much ink has been spilled over the superiority of one form of horror over the other. I myself do not hold such a position. A variety of tactics is always good to have on hand. However I do love the slow burn, the building sense of unease, and that certain sense of strain I associate with a well crafted tale of quiet horror. With that in mind I turned to five contemporary writers once again to ask their thoughts of the meaning behind the phrase.

1. I first became aware of Kristi DeMeester’s work when I read “Everything That’s Underneath” in C.M. Muller’s Nightscript. It’s always a pleasure when you discover for yourself a writer whose work speaks so closely and you find they have a strong back catalog of material to track down and explore. Since that time Kristi DeMeester’s work has climbed to greater recognition with the release by Dim Shores of her chapbook Split Tongues. 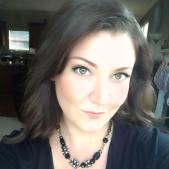 Quiet horror is a feeling for me. A strange moment of suspension when I’m not sure if what I’ve slipped inside is real or a dream, and the corresponding response is a slow, uneasiness. An unnerving awareness that the world has somehow slipped off its skin, and the things living underneath are shadows of what they should be. And those shadows perhaps have teeth and claws. I don’t want to be frightened when I read. I want to be unsettled. I want a cold dread to creep up and tap tiny fingers against my neck. That’s what quiet horror is for me.

2. As I wrote above, it was C.M. Muller’s collection Nightscript that first introduced me to the work of Kristi DeMeester. Nightscript however introduced me to a number of strong writers. For once a wondrous cover was truly matched by the contents within. In addition to his exceptional work as an editor C.M. Mueller is also an accomplished writer in his own right with stories placed in Strange Aeons, Xnoybis, and Supernatural Tales among others. 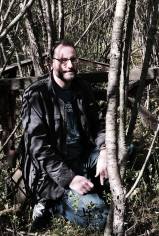 “Quiet horror” is that abandoned farm house at the end of the country road, the one you’ve returned to again and again, attracted—though perhaps “obsessed” is the better term—by its grotesque beauty, its dilapidation, its mystery. It fills you with wonder, and much of the time you’re not entirely certain why. And that’s okay. The unknowns in life make things interesting, prod the imagination into fashioning the subtle horrors it so often seeks. You’ve snapped dozens of photos of the derelict structure, not only of its exterior but the interior as well, a select portion of which now reside along your apartment wall in sleek obsidian frames. The bustling metropolis outside your bay window is another kind of horror, more visceral, more in-your-face. Brimming with not-always-wanted noise. But there is escape. You need only return to that special/spectral wall and gaze at the subtle, dreamlike images you have captured, experiencing that quiet and satisfying thrill yet again. The solitude of open space and that broken bit of mystery which lies upon it—a sensation and an image made to linger long and challenge easy resolution.

3. I first became aware of Selena Chambers through her articles on Poepathy within the pages of Xnoybis. Then upon reading her chapbook “Of Parallel and Parcel” I discovered that whether within her fiction or non-fiction work Selena Chamber’s oeuvre displays a distinctive voice that marks it all her own. 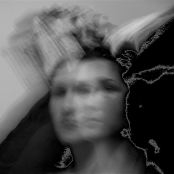 When we think of Horror, we think of the visceral: gore, blood, mutilation, slasher, demons, devils, and monsters–all, for the most part, present and physical things. When you get into the weirder realm, it seems to be preserving the more implicit aspects of the horrific that to me are more spiritual, philosophic, symbolic, mythological, metaphysical, etc. In my own work, it is all about the story’s negative space: What lurks in the background? Can it be confronted? Can it be controlled? These are usually the inciting incidents that suddenly change life–not necessarily sever it, but completely turn it into a micro-apocalypse. Quiet horror, therefore, can be: the unexplained, the suppressed, the supernal, the material, the cosmic, and the secular. It’s as quotidian as cancer, or rare like a sudden respiratory disease that day by day siphons away your oxygen until you deflate like an old helium balloon. It’s in our lost youth, and our old age, in lost friendships and family, in the things that have not been said and the things that were. Ultimately, Quiet Horror is everything that we cannot see or verbalize and fail to feel concretely. And so we fumble with these unknowns, and hope that we can extract the Abstract from the negative space, bring it into the light, give it form, make it known and, therefore, less fearsome.

4. I first met Nathan Carson many long years ago on a long defunct message board devoted to stoner rock. Even then his sense of wit and humor stood out, as did his contributions to frequent “What Are You Reading?” threads. Even though my wife and I had enjoyed seeing his bands play (Witch Mountain, Point Line Plane) in the intervening years I had lost track until Cody Goodfellow mentioned on the Lovecraft eZine webcast that Nathan Carson would be reading at the HP Lovecraft Film Festival. I was delighted to find his story “The Lurker in the Shadows” in Cthulhu Fhtagn! and by the news his first novel, Starr Creek is forthcoming from Lazy Fascist Press.

This is a very literal interpretation, but the first thing that comes to mind are those deadly silent nights when the temperature drops below freezing. I grew up on a goat farm in the woods. Countless nights I drifted off to the pattering drizzle of rain, croaking frogs, the lumbering air brakes of log trucks taking the bend that hooked around our property. The road teed off at a deep snowmelt creek. Each winter some poor soul would miss the turn or hit a patch of black ice. One time someone lost control of their vehicle and took down a power line which hit our fence and electrocuted several of my mother’s prize dairy goats. We found them in the morning, charred and frozen stiff. It could easily have been one of us who died. For years I’ve thought of writing a story about someone with a deep phobia of silence who leaves the tap dripping at night while he shivers in bed. Then the thermometer drops so low that the dripping stops and…

5. To close us out, Mehitobel Wilson. Bel is a horror writer through and through. Her short form work has built up a steady stream of admirers which only grew with the release of her first collection, Dangerous Red. When your first collection garners enthusiastic accolades from both China Miéville and Edward Lee, you’re doing something right. Those in the know have been waiting years for Bel to drop a long form work and 2015’s release of Last Night at the Blue Alice by Bedlam Press delivered in spades. It easily claimed its spot as one of my favorites of 2015 and as I said at the time, “This novella is by turns tragic and comedic, with a deft hand at exploring our views on death, grieving, and hauntings…” Last Night at the Blue Alice is high Gothic (or dreadpunk as they’re calling it nowadays) done right.

Cold dread may be the hallmark of quiet horror, but solitude and paranoia are also crucial elements. I am fascinated by the distrust of self, perception, and self-perception. Surely this wrongness that I sense, surely it can’t be true. There is almost always a sense of the wrongness, something felt; there is rarely a suspicion founded on logic or factual observation. It’s unnerving when one’s reptile brain has something to say, especially when it whispers secret truths. 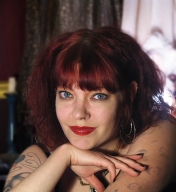 So, does one listen? Eventually, yes. Then comes the dread of self-doubt and discovery, and maybe accusations of madness. The fear must be kept private. Both emotional distance and closeness become cause for distress. Worst of all is the dread of confirmation: the wrongness is real.

But what changes, then? It’s still a private, secret threat. No one else must know, for they would not believe, or understand. Can the threat be avoided? If one is quiet enough, still enough, patient enough, invisible enough, will the threat move on? Or must it be dealt with, alone? Vanquished, alone?

I fetishize the classic trappings of quiet horror – commingled with the Gothic – all fog and candles, blowing curtains and cotton nightgowns, unbound hair and bare feet, locked doors and dark staircases.* But for me, quiet horror itself may be a way to examine and work through real-life emotions that thrillers, cosmic horror, splatterpunk, etc don’t address as well: denial, guilt, anxiety, depression.

*This is all a fire hazard. I worry.

Once again I would like to deeply and sincerely thank all the writers who took time out of their crushing schedules to share their thoughts with us. If you have a topic you’d like to see explored in a future “Five Horror Writers Weigh In” feel free to to leave a suggestion in the comments below. Thank you all once again.

This article is by Acep Hale.

5 responses to “What does “Quiet Horror” Mean? Five Horror Writers Weigh In”